Teen Patti is an Indian card game that has become popular around the subcontinent as well as other neighboring Asian countries. We’ll explain what the game is and how it is played in its most basic versions.

What is Teen Patti

Teen Patti (sometimes spelt Teen Pathi or even one-word Teenpatti) is essentially the Indian version of the British game 3 Card Brag. Played with a 52-card pack without jokers, the game is most suited for groups of 4 to 7 people. Sometimes the game is also called ‘flash’ or ‘flush’ or 3 Patti.

Teen Patti means “three cards” and is indeed played with three cards. It is a version of Poker, if you will, though, in its most common version, players are stuck with the cards they are dealt and have no option exchanging cards or receiving further cards. Variations of the game include options with community cards, drawing or exchanging cards or winning with low-ranking cards).

Much like in Poker, cards are ranked resulting in hand rankings. Generally speaking, A is considered the highest-ranking card and 2 the lowest ranking card.

Since we are only playing with 3 cards, there are fewer winning options than in most Poker variations. From highest to lowest ranking, we are looking at the following hand rankings in Teen Patti:

Keep in mind that a hand of a higher rank beats those of a lower-ranking type (as listed above). Thus, a straight run of 4-3-2 would be a normal run of A-K-Q. Just as a normal sequence of 9-8-7 would beat a pair of A-A-K.

Our top recommendation for an online casino to play Teen Patti at would be without a doubt the Indian focused 10CRIC. They have multiple live Teen Patti tables, and even live Andar Bahar tables, making it a very good online casino for Indian players.

If you are not yet familiar with the online casino 10CRIC, we have done a full comprehensive review of 10CRIC India that you can read. They are known for having a lot of on-going promotions at all times that you can probably make good use of when playing Teen Patti and always remember to check for casino offers before depositing.

A game starts with every player adding a boot to the pot, which is essentially a buy-in. Then the dealer deals three cards to every player and the betting begins. Players can choose to play ‘blind’, meaning they don’t look at their cards when playing their bets. Or they play ‘seen’, which means they choose to look at their cards. Whichever way they choose will then inform the betting rules they need to adhere to.

Once cards are dealt and players made their first choice of whether to look at their cards or not, the first round of betting begins. Unless a player has folded and is out of the game, everyone has to follow the same betting pattern. The initial stake is either set in advance or it matches the boot.

Players playing ‘blind’ have to bet as follows:

Players playing ‘seen’ have to bet as follows:

The current stake is always the bet placed by the player before you.

Betting will continue as per above rules until one of two situations arrive: 1) all but one player have folded, in which case the remaining player wins the pot; 2) two players remain in the game and one of them pays to have a show.

A show or showdown can only ever occur with only two players left in the game. Both players can ask for a show, though they will have to pay a stake for the show to happen.

This is a little side bet between two players that are seen. This can happen if you don’t have enough money to match the current bet. Though players can only ask the player who immediately bets before them for a sideshow.

If the sideshow is accepted, the two players compare hands (privately) and whoever has the higher rank, wins the sideshow. The other player must fold. If the two hands have the same ranking, the player who asked for the sideshow must fold.

If the sideshow is refused, the player who asked for the sideshow must place a bet to continue to stay in the game or fold. Betting continues as usual.

As already mentioned, there are variations of the game. Here are a few:

Best-of-four: In this version, players are dealt four cards and they must choose three of them to get the highest-possible hand ranking.

Muflis (lowball): The rankings are reversed. The player with the lowest-ranking hand wins.

Low wild: Each player’s lowest card is considered a wild (only in the player’s hands).

High wild: Here each player’s highest card is considered a wild (in their hand only).

Community: Players are dealt two face-down cards and there are 1 or 3 (depending on the version) community cards with their faces up. Players may not form hands with only the community cards (in the 5-card version).

Draw: Once dealt their three cards, players are allowed to discard some of their cards and get dealt new ones. Usually, one card at a time is changed and a round of betting follows. Sometimes a new card has to be ‘bought’ for a predetermined amount, which will be added to the pot.

There are also some versions with extra jokers or wild cards, but the above ones are the most common ones you will find.

If you want to enjoy a recreational game of Teen Patti, you can download various apps for iOS or Android and play with friends or against strangers for virtual coins. Finding such games is usually not difficult.

However, playing Teen Patti at online casinos for real money is a different matter. Right now, we could only find two proper Teen Patti online casino games, both games you can find at JungleRaja. Some other casinos that cater specifically to customers from India such as Jeetwin or Royal Panda don’t seem to have a Teen Patti game available just yet.

There can be little surprise that one of our top recommendations for playing Teen Patti is the Indian online casino JungleRaja. 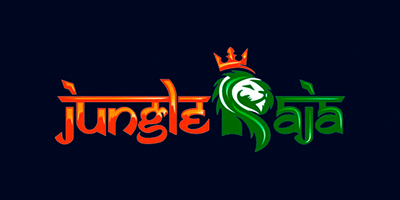 Where can I play Teen Patti?

More and more Indian friendly casinos are adding Teen Patti to their live game library. We can recommend you to check out the super Indian-friendly casino 10CRIC and JungleRaja if you have a hard time finding a Teen Patti table online.

Is Teen Patti known under any other names?

Teen Patti is essentially the Indian version of the British game 3 Card Brag. Teen Patti is also known as “flush”, “flash”, or “3 Patti”.

Is it different types of versions of Teen Patti?

Yes, you got some different variations of Teen Patti. Most known versions are best-of-four, muflis (lowball), low wild, high wild, community, draw, and you can find some more versions of the game that includes jokers and wild, but the ones mentioned here are the most common ones you find.